You’ve never had grog the Lone Star way until you’ve had Texas Grog this way. This recipe is 5 stars out of 5. Forget the rum! How to Make Grog Texan you ask? This unique and southern grog recipe uses good ol’ Texas whiskey. Add brown sugar, orange peel and a slightly burnt cinnamon stick, and you’ve got a warm, smoky, Texas drink that’ll make you jump up and shout, “Yeeeee-haw. That’s good!”

So, what is a Grog drink? A grog is simply spirits mixed with water. Let us go back in time to the Navy Grog. The term grog itself came from 15th or 16th century when European sailors begin sailing to the Americas. This grog drink was named after Edward Vernon who was nicknamed “Old Grog” for wearing his grogram coat. He was an English Admiral of the Royal Navy. Back then sailors would bring rum along with them on ships contained in barrels. Rum was the preferred choice compared to plain water. The sailors were required to mix their rum with water in portions which gave their water some taste. Later the grog drink became a cocktail with the addition of lime and brown sugar adding to the mix of rum and water which they consume to help fight off scurvy. Grog was served either cold or warm.

Since its invention, it’s been sold in liquor stores with many different refinements or recipes for the historical drink. The all-new Texas Grog is here to stay. Can’t have enough of Texas Grog recipe? Double the ingredients to make a bigger batch for your pirate party, Halloween party, or just chillin indoors in the winter! Any warm drink with lemon and cinnamon calls for some kicking back on the sofa especially during the holiday seasons. After all is said and done, we think Cowboys are just plain cooler than Pirates and so is making grog with Texas whisky rather than rum.

Cowboys reminds us of BBQ. That is where Barbecue at Home has got you covered when it comes to BBQ or big gatherings. With boxes of premium meats, heat to serve fully cooked meals, to pages of recipes, you cannot go wrong. All you have to do is lasso up your family and friends while you serve them your Barbecue at Home favorites. 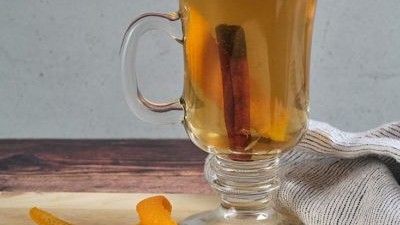